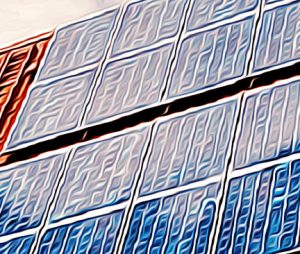 When Maphira reached the bathroom she had renovated months earlier, she immediately began to turn on the taps, setting them to the highest temperature. The whole thing was genius, she had to admit, if she was permitting herself to bask in the glory of her own achievement.

The bathroom and the kitchen were right across from each other, with the kitchen having a much more obvious secret entrance, which was actually a trap. While she hoped that many Resistance members had made it to the real bunker, if everything went according to plan, the Mechanists would have found the false secret entrance in the kitchen and taken themselves out by exploring it.

She’d first had the idea when looking into the Resistance, which hid on a site for solar energy companies to discuss their needs and grievances on a public forum. It was such a clever ruse, with users talking about simple things such as small-scale technology certificates and other energy things. It had given her the idea to do something similar, just with trap doors and renovations.

She still remembered being completely baffled by that website when she first saw it, given that she hadn’t been looking for anything like the benefits of solar power for business. She’d almost clicked off it, but then she saw a comment that just didn’t sit quite right, and after doing some digging she realised it wasn’t a forum for solar power companies at all. Simply brilliant.

As she waited for the bathroom to fill with steam, Maphira’s mind continued to drift, and she considered how solar power had become one of those things that seemed to just come up a lot in her life over the last few years, just as sewers did. Life had certainly become strange since Vai had betrayed her.

As the secret door opened, Maphira headed down into the secret bunker, hoping that plenty of Resistance members waited for her there.