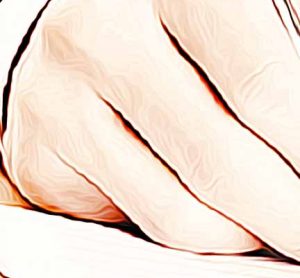 Just as Maphira said the word ‘haunted’, the floating table flew toward them. The girls leapt out of the way, Maphira and Vai making it clear. Rylee, however, was struck by the table, flung back before being pinned underneath it.

“Rylee!” Maphira cried, lunging forward to pull the table off her sister. “Don’t worry, I’m going to get you out from under there.”

Maphira looked just in time to see a vase flying straight toward her. She dodged it barely, then began to haul the table off Rylee.

“I’m not leaving you behind, if that’s what you’re saying!” Maphira turned back to Vai. “Get over here and help me!”

Vai rushed over, even as a thousand pieces of paper flew toward them like bats. Legal documents fluttered around them, obscuring vision and delivering a vicious cyclone of paper cuts. Despite the pain it brought, Vai and Maphira began to lift the table off Rylee.

Rylee grunted in pain as the table came off her leg, bent in a way it definitely shouldn’t have been. Maphira felt bile in her throat but resisted the urge to be sick.

“It’s broken,” Rylee said, gasping for air. “I’ll be too much of a burden. Just get out of here! I’ll hide at the ‘history of conveyancing for Mentone properties‘ exhibit!”

“No!” Maphira cried, shielding her face from the flying papers. “Rylee, you can’t stay here! We’ll carry you. It’ll be okay!”

“She’s right,” Vai said, crouching down to limit how much damage the paper could do. “We have to leave her, or we’ll never make it. She’ll be okay!”

Rylee shook her head. “I know. I’ve always known, deep down. It’s okay. I forgive you.”

That was enough to send Maphira into shock. Her hand slipped away from Rylee’s, and Vai began to drag her away, forcing her to leave her sister behind to face the horrors of the haunted conveyancing museum alone.