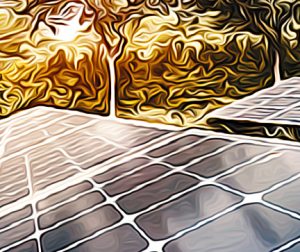 This was it. This was the moment they took the Bender bot captive and used it to end the Conclave of Mechanists and their evil reign over the world. All they had to do was capture Bender, take the robot to the Resistance’s energy station and then… well, Maphira wasn’t really sure what came after that, but Vai assured her that the science was perfectly sound.

“Are you ready for this?” Vai asked, her hand on the door that would bring them to the rooftop of the building.

Maphira nodded. “I’m ready. Rylee’s totally fine, and even if she wasn’t, she’d want us to complete the mission.”

Vai shoved the door open, weapon at the ready. They’d each brought a taser to temporarily overload Bender – traditional weapons would be completely useless here.

There he was, the magnificent robot designed by the once Premier of Victoria, Dr Dark McBane. Bender stood at the centre of the roof, connected to hundreds of cables that ran into the building. With a cyber security company running only on solar power taking up the floors below, there was plenty of energy for Bender to consume. To think how much commercial LED lighting he must have been draining was terrifying.

Bender seemed to be powered down for the moment, entirely committed to the recharge. They had to capture him quickly, before he booted back up and became too powerful for them.

“I sure hope these guys have a good solar lease agreement,” Vai said. “Can’t imagine how much this is going to hurt if they don’t have one. Let’s move in quickly. You got the electricity drainer?”

Their allies were nowhere to be seen, even though they’d come to the roof exactly on time.

Vai shrugged. “Guess they’re late. Not much we can do about it. Looks like we got lucky, at least.” She walked forward to use the device that would temporarily deactivate Bender beyond the simple recharge slumber it was in now.