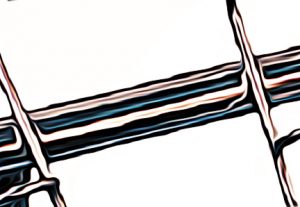 I’m starting to get into boats. Not literally – I am writing this in a cafe, not in a boat. I am sitting on land at the moment. However, I am getting into boats in the sense that my boyfriend is starting to convince me to like them. I’ve never really cared about cars or planes or anything like that, but I’ve discovered that boats are a really accessible way for me to get out onto the ocean and see parts of the world that I’ve never really thought about before. It’s such a new hobby that I didn’t even know what a boat latch was until last week, when my boyfriend explained it to me over dinner.

He comes from a whole family of sailors, so they were all pretty shocked when they mentioned a boat latch and I looked up in total confusion. Thankfully, they were nice about it and explained it to me in a way that made sense from a beginner’s perspective. I mean, I’m still getting used to turning the boat on – I’m nowhere near thinking about launching it myself yet!

Because my boyfriend’s family are all sailors and they all live near the ocean, they also have good professional relationships with some of the most renowned marine welding companies operating in Melbourne. I think it’s great that all these boat nerds get together and are friends with each other. Even the lifeguards at the local beach like to join in sometimes on their jet skis. The whole thing sounds like so much fun and it makes me want to be part of it. I can just imagine hot summer nights, sailing on calm seas while we snack on sandwiches from the esky and sip on nice, cold beer. It seems like a dream, but with my boyfriend’s boat, it’s a reality. I obviously need to do a lot more research and maybe take some sailing lessons of my own, but I think I might buy a boat!