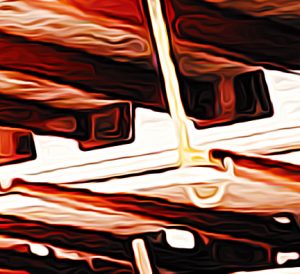 ‘I mean,’ he managed to drive away okay,’ she shrugged. ‘But I noticed as I was leaving that there were a few bins knocked over on that street that I could not confirm were knocked over when I drove up.’

‘Look, they’re probably fine,’ Steve sighed, taking her hand and sitting down on the couch. ‘It can be difficult building a tree house – trust me.’

‘You built one treehouse. It doesn’t make you an expert.’

‘It came in a kit!’ Cheryl shot back, a little too harshly. ‘Sweetheart,’ she smiled, to soften the blow.

‘He goes to that hardware store at least three times a day,’ she interjected.

‘I quite often have to make an extra trip or two,’ Steve pressed on.

‘Nu-uh’ Cheryl shook her head, picking up a wine glass. ‘Nah, something weird is going on for those two.’

‘How does Henry feel about it?’

‘About his dad constantly plummeting from great heights while building him a treehouse.’

‘I didn’t ask him, I guess,’ Cheryl frowned.

‘How exactly does “what does seeing your father constantly bleeding over a project ostensibly for you?” come up in casual conversation with a ten-year-old?’

‘So you managed to track Dave as he disappeared to a hardware store with good timber local to Sandringham, but heaven forbid you ask his son how he’s feeling about the biggest thing in their lives right now?’

She narrowed her eyes at him. Steve raised his hands in surrender.

They sat with their wine in silence for a little while.

‘I should probably ring him, shouldn’t I?’ Steve asked.

‘I would,’ Cheryl nodded. ‘While he can still remember your face.’