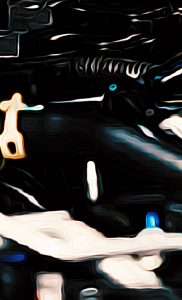 It was a slaughter. Yuri crawled along the ground, out the front of New Horbart, his legs bent in ways they definitely shouldn’t have been. In the aftermath of the battle, the Little Men paced around, finishing off those who had survived their initial blows. Yuri could have found somewhere to hide, but he couldn’t. There was no way he’d abandon Saul.

Searching body after body with no luck left Yuri flattened. The Little Men were sure to see him eventually, and then all this would be for nothing.

Despite the despair, he continued on, heaving for breath, sweat dripping down the sides of his head. How much longer could he continue before collapsing?

Why did it have to be this way? Never again would Yuri see the faces of his friends, nor would he hear the laughter of his children. He’d never get to go to the local bar and ask that age-old question, where can I find the best brake repair near me, friends? He’d never get to go to an auto shop again at all. It was just depressing.

And then he saw something up ahead that gave him hope. A person leaning against a stack of tyres in the middle of the battlefield. His hair, long and blonde, just as Saul’s had been.

Yuri crawled over, his heart leaping as Saul turned to look his way. He collapsed in Saul’s lap, looking into his big, blue eyes. “I’m so glad I found you,” he said, voice shaking.

“Hey, of course you did,” Saul said, followed by a heavy cough. “You thought I’d ever let you die before telling you it’s time to visit the best auto electrician Underwood has ever seen?”

Yuri clasped Saul’s hand and held it tight. “I wish we could be back there, in the old Melbourne-based car workshop that used to service your car. Those days were better. Why’d we ever decide to come down here?”

Saul gave a sad smile. “More consistent weather. I think that was the idea.”