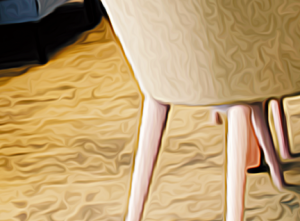 I spat out my mead, swivelling on my bench to stare at the table behind me.

‘What did you just say?’ I asked, aghast.

‘Oh, nothing,’ the boy I was staring at said nervously. The flickering candlelight made him look barely old enough to be away from his mother, yet alone in a tavern like this – and with people like me.

‘Nothing, eh?’ I asked, face settling into a scowl.

The boy gulped nervously, eyes darting around the room for a friendly face.

‘I could have sworn you were disparaging the lord,’ I glared, putting as much threat into my words as I could.

He trailed off, the whole room dead silent but for the crackling of the fireplace. I raised an eyebrow, gesturing for him to continue his thought.

‘I was, uh,’ he gulped, ‘I was just talking about the castle’s new wing of offices. There are some new trends coming out of Melbourne that are quite exciting and I was just wondering why the lord won’t embrace them.’

I took a slow, deep breath. Armour hissing against itself, I climbed to my feet so I could further tower over the lad.

‘Melbourne?’ I whispered. ‘What would a welp like you know about Melbourne office design?’

‘Nothing, sir,’ he said, eyes downcast.

‘I thought not,’ I growled. The air hung thick with my disapproval, nobody daring to take a breath. Finally, I grunted and sat back down at my table, turning my back on him once again. My brothers chuckled and slid me another drink, slapping me on the arm.

‘Actually,’ a voice piped up behind me. ‘That’s not true. I know quite a bit on the subject.’

I frowned and turned around again. The lad was standing now, courage affixed on his frown-drawn face.

‘I’ve seen them,’ he said. ‘The best fitout options for my office, near Melbourne.’

‘Yes,’ he maintained, staring into my eyes. ‘I’ve seen them. And they’re… they’re beautiful.’

Silence, again. Finally, I let out a sigh.

‘Geesh, it’s just an office buddy. Relax, would you?’