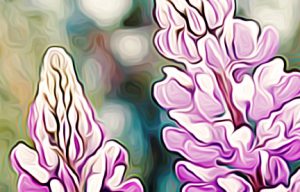 Okay. Breathe – relax. I’m all hyped up after my stressful lunch break. I put myself through so much unnecessary stress and I didn’t even end up choosing which type of flower to buy online. Native seeds seem like a good choice, now that I’ve got some clarity, but are they as classic and highly regarded as something like roses? I don’t think so. But maybe I could make them fashionable? Or maybe they’re already fashionable and I just don’t know about it? It’s hard to tell. I’m not a massive part of the garden community or anything.

I’m just recently trying to brighten up my garden and I’ve set aside some time this weekend to do some gardening. The issue is I haven’t placed my order yet. I’ve decided to buy seeds online because it’s easier than going to a nursery when I have to work full time, but it’s still difficult to make decisions and stuff. It’s a lot more difficult than I thought it would be, actually. I didn’t think that I’d be so picky! I guess the way my garden looks really does directly reflect me as a gardener and homeowner (there’s nothing uglier than when people don’t maintain their gardens). It’s a much bigger decision than I originally anticipated.

I might have to get my friends at work to weigh in on my decision. I’m clearly not going to come up with one on my own – there are too many good options to choose from that it’s getting rather overwhelming. I hope they don’t throw another spanner in the works and decide they like the look of the ground cover roses or something similar that I haven’t actually considered. Then I’d be even more lost! But, if that’s what they think I should consider then I would do so. I want what’s best for my garden and these are the people who I’ll invite over rather regularly, so I want them to like it.